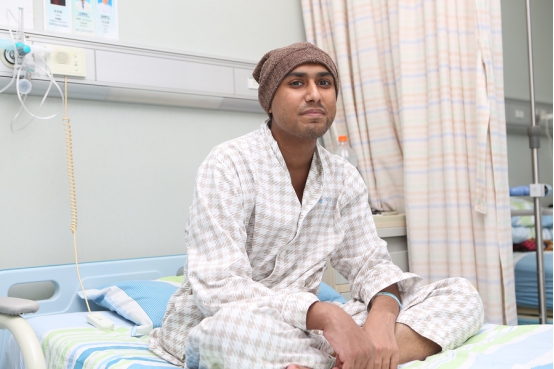 Recently, he have received treatments at Fuda Cancer Hospital affiliated to Jinan University (Fuda), his right arm was less swollen and regained strength, and the tumor was significantly reduced. He happily gave a thumb up and praised the skillful doctors here.

LEE is an ordinary 24-year-old Pakistani university student whose family has high hopes for him. In his prime, he was diagnosed with thymic cancer. With the help of his family, he immediately went to a local hospital where he underwent chemotherapy. After half a year, he found that the bigger the tumor grew, the more swollen was his right arm, so he left the local hospital. Then he only took Chinese herbal medicine to relieve his pain, but his condition deteriorated day by day. His family began to look for better treatments and finally learned of the latest cancer treatments at Fuda, so LEE and his family went to Guangzhou. 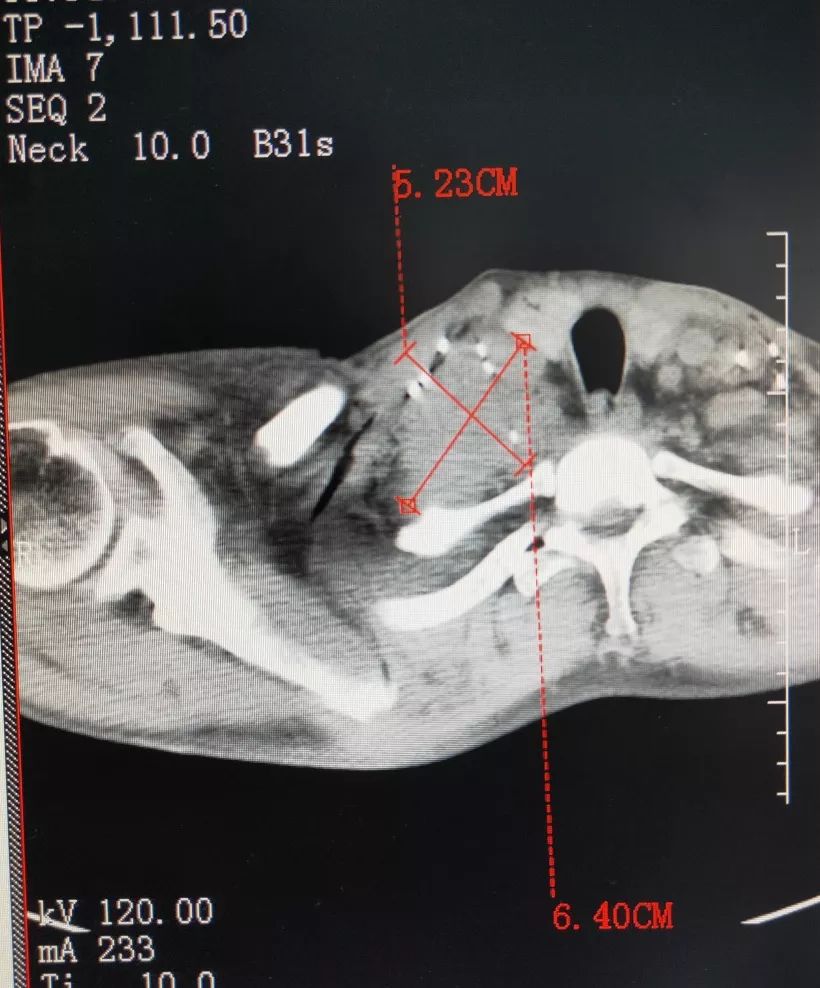 After consultation with Fuda experts, LEE was diagnosed with cTxNxM1 stage IV multiple lymph node metastases in bilateral neck and mediastinum and multiple metastases in bilateral lungs, confirmed by MRI contrast-enhanced scan. The lymph nodes were swollen and compressed the esophagus and caused his arm swollen. Doctor Liu Shupeng said, "Thymic carcinoma with mediastinal lymphatic metastasis is of high malignancy, so it’s hard to perform surgery and the cancer is not sensitive to chemotherapy. Local treatment is the better method to help the patient survive a long time." Because the mediastinal tumor is located in a key position and many mediastinal tumors especially malignant ones cannot be surgically removed. Although conventional radiotherapy and chemotherapy, including gamma knife, cyber knife, etc., have a certain effect, they will cause serious side effects such as radiation-induced carditis, vasculitis, pneumonia and esophagitis, which will have a great impact on the body and even lead to death. In addition, the high possibility of recurrence after radiotherapy and chemotherapy made many patients reluctant to receive these conventional therapies. 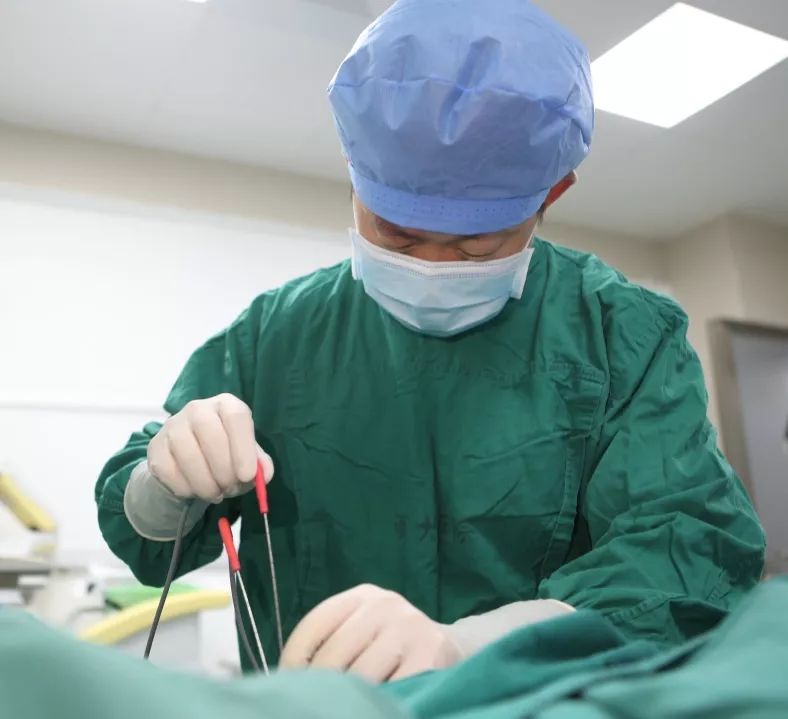 After group discussion, doctors recommended brachytherapy and cryosurgery for LEE. Because the tumor was close to large blood vessels and nerve tissue, incomplete mediastinal ablation was usually accompanied with risks. It is safer to use brachytherapy in the surgical area close to the brachial plexus, and the brachytherapy can handle the part that cannot be dealt with during cryosurgery without damage to the nerve tissue. Because the tumor range was relatively large, two cryosurgeries were performed on the remaining area that wasn’t covered by brachytherapy. Cryosurgery is the safest ablation method in minimally invasive treatments. It not only protects large blood vessels, but also has minimal impact on large vessels, esophagus and stomach tube. 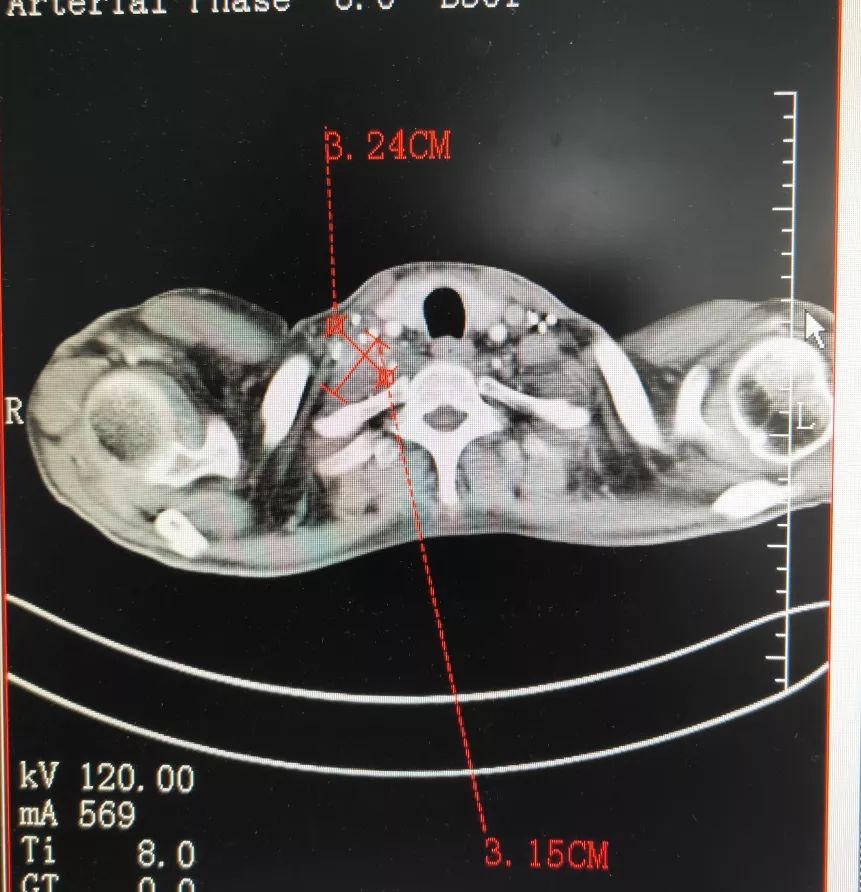 "We have rich experience in mediastinal cryosurgery. The cases we treated outnumber those in other hospitals. One patient who had received such treatment more than a decade ago is still alive. Both brachytherapy and cryosurgery on thymic carcinoma help many patients survive at Fuda. According to all these cases, we have published many academic articles. Previously, many patients have been refused at local hospitals but now have been treated very well here,” Dr. Liang Bing said. 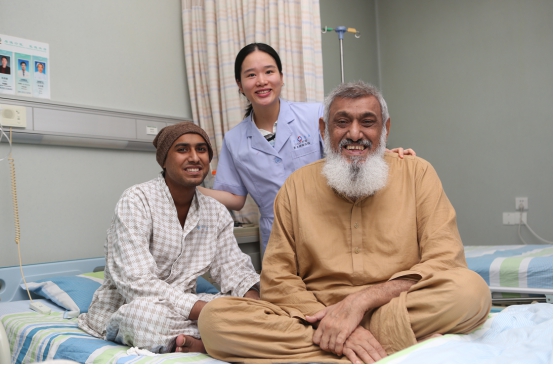 After surgery, the tumor was significantly reduced. After three months of treatment, LEE's right arm returned to normal, and so did his life. When someone went to see him, he happily raised his right arm and waved to everyone. His father was very happy about the change of LEE and he said, "I’m really happy because LEE looks good now. It’s a right choice to come to China for treatment. Thanks, Chinese doctors here."