Before Chinese New Year of 2019, we visited KOU, a Laotian at Fuda. She smiled brightly at us and then quickly wrote a letter for us. With the help of our translator, we knew what she wrote was a Thank-you letter. 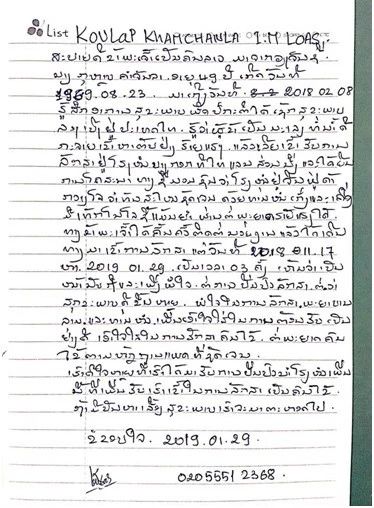 In Jan. 2018, KOU felt discomfort because of abdominal distension after breakfast, so she took remedy to calm her stomach for 2 months but failing to relieve the symptom. In March, her skin and sclera were stained yellow. A MRI report indicated bile duct obstruction and malignant tumor of bile duct at a local hospital where she received treatment immediately after diagnosis of cancer. However, the tumor still grew bigger and bigger after surgery so she could do nothing but to leave hospital and lie in bed at home every day. 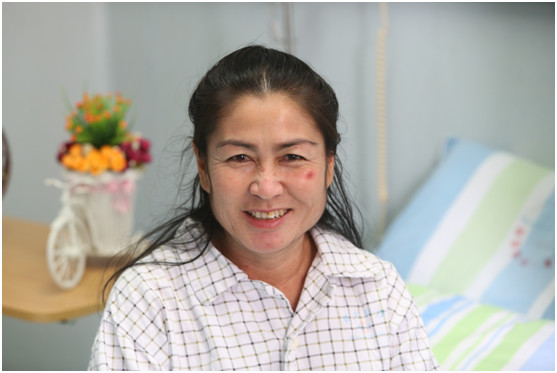 Day by day, cancer tortured KOU ruthlessly and made her weaker and weaker. According to her condition at that time, no surgery was available for her at the local hospital so her family shifted her to another hospital in Thailand. Unfortunately her tumor was out of control so Thai doctors advised her to go back home instead of wasting money at hospital. Then KOU had to go back to Laos and took morphine to temporarily kill her pain. When her family was in despair, they got good news from their friends who noticed the latest anti-cancer treatments at Fuda Cancer Hospital on newspaper.

On Nov. 17, 2018, KOU arrived at our hospital with her family. After examination, a pathological report showed a. left supraclavicular lymph node metastasis; b. abdominal wall metastasis; c. stage TxN0M1 IV post-operational adenoma of bile duct. Because of high malignancy, it was not sensitive to radiotherapy and chemotherapy. In her case, lymph node invaded deeply and close to blood vessels, which make surgical removal impossible. Facing this problem, our medical staff performed local ablation and interventional chemotherapy for her. On Dec. 02, she was given the ablation by Dr. Zhou Liang and interventional chemotherapy by Dr. Zhou Qiang. After surgery, her tumor became soft and smaller and after three cycles of treatments, her pain disappeared and no more morphine was needed, which greatly improved her life quality. That’s why she speaks highly of the doctors at Fuda.

The features of interventional chemotherapy

First, because her tumor is large, local administration with high concentration of chemo drugs, targeted at tumor, is strong enough to kill cancer cells.

Second, fewer side effects are found. The total dosage of chemo drugs of interventional chemotherapy is less than intravenous dosage, reducing the incidence of vomiting, hair loss and myelosuppression. 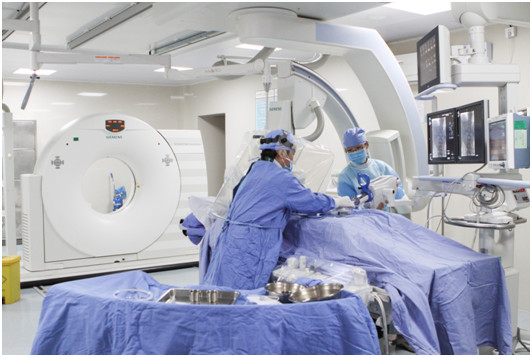 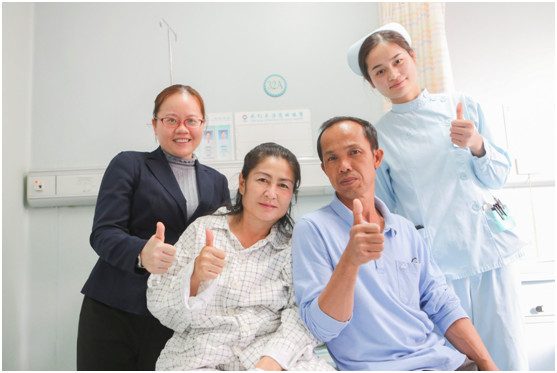 Before leaving our hospital, KOU would like to thank the staff here for their care and encouragement. She said that she will be optimistic and try her best to fight against cancer in the future. As a mother, she must bring optimism to her children so that they can bravely overcome difficulties no matter what will happen next, and will not live with regrets in the rest of their life.