What Prostate Cancer Survivors Need to Know About Osteoporosis

Facts about OsteoporosisOsteoporosis is a condition in which bones become weaker, less dense, and more likely to break. Many people - even some doctors - think of osteoporosis as a woman's disease, but millions of men develop it too. Men who break bones are less likely than women to be treated for bone disease, even though treatment can help prevent broken bones in the future.There are various other risk factors for developing osteoporosis besides taking hormone deprivation therapy for prostate cancer. These risk factors include:

Osteoporosis is a silent disease because it can weaken bones over the years without causing symptoms. For a man coping with prostate cancer, weak bones may not seem very important. But weak bones can cause problems because they break easily, and broken bones often initiate a downward health spiral. Twenty percent of seniors who break a hip die within one year, and survival rates are lower for men than for women. But it is never too late to improve your bone health: Osteoporosis can be treated and prevented. The Prostate Cancer - Osteoporosis LinkStudies show that men who receive hormone deprivation therapy for prostate cancer have an increased risk of developing osteoporosis and broken bones. Hormones such as testosterone protect against bone loss. So, once they are blocked, bone becomes less dense and breaks more easily. Hormone deprivation therapy is one of several treatment options available to men with prostate cancer. Traditionally, it has been used mainly to treat prostate cancer that has spread to other parts of the body. But because men are more likely today to be diagnosed in the early stages of prostate cancer, more of them are opting to be treated with hormone deprivation therapy earlier in the course of the disease. 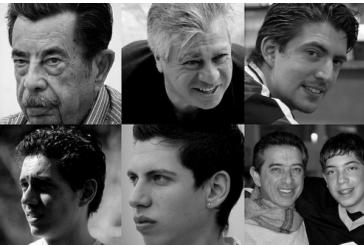 Osteoporosis Management StrategiesThe best advice is to prevent  oneself from ever having osteoporosis. Below are several strategies that can reduce a man's risk for osteoporosis, or lessen its effects if he already has it. Nutrition: Some studies have suggested a link between a high-fat diet and prostate cancer. However, it is not yet clear which foods or supplements may play a role in reducing prostate cancer risk. As far as bone health is concerned, a well-balanced diet rich in calcium and vitamin D is important. Good sources of calcium include low-fat dairy products; dark green, leafy vegetables; and calcium-fortified foods and beverages. Taking dietary supplements or multivitamins can also help ensure that you meet your body's daily calcium requirement. It should be noted, however, that some evidence suggests that high calcium intake might be associated with the development of prostate cancer. But the studies that produced these findings are not definitive. And, in fact, other studies have shown a weak relationship, no relationship at all, or the opposite relationship between calcium and prostate cancer. At this point, therefore, researchers can only say that the relationship between calcium and prostate cancer risk remains unclear. Currently, it is recommended that men ages 19 and older consume between 1,000 mg and 1,200 mg of calcium per day, which is well below the 2,500 mg per day considered to be the upper tolerable limit.Vitamin D plays an important role in calcium absorption and bone health. It is synthesized in the skin through exposure to sunlight. Some individuals may require vitamin D supplements in order to achieve the recommended intake of 400 to 600 IU (international units) each day.Exercise: Like muscle, bone is living tissue that responds to exercise by becoming stronger. The best exercise for bones is weight-bearing exercise that forces you to work against gravity. Some examples include walking, climbing stairs, lifting weights, and dancing. Regular exercise such as walking may help prevent bone loss. It can also provide many other health benefits, serving to reduce pain, relieve stress, and make cancer treatment easier to handle. Healthy lifestyle: Smoking is toxic to bones as well as the heart and lungs. In addition, smokers may absorb less calcium from their diets. Studies have also found that heavy drinking hurts your overall health, weakens your bones, and increases your risk of broken bones. Moderate drinking - for most men this means two alcoholic drinks or fewer per day - has not been shown to hurt your bones. Bone mineral density test: A bone mineral density (BMD) test is the best way to determine your bone health. BMD tests can identify osteoporosis, determine your risk for fractures (broken bones), and measure your response to osteoporosis treatment. The most widely recognized BMD test is called a dual-energy x-ray absorptiometry or DXA test. It is painless - a bit like having an x ray, but with much less exposure to radiation. It can measure bone density at your hip and spine. Men being treated for prostate cancer with hormone deprivation therapy should discuss with their doctor whether BMD testing is a good idea. Don't wait for your doctor to bring up your bone health with you. A new study shows that many men on hormone deprivation therapy for prostate cancer are not being screened or treated for osteoporosis, even when they have other risk factors for the condition. Medication: There is no cure for osteoporosis, but there are medications to prevent and treat it. At present, only a few of these drugs are specifically approved by the U.S. Food and Drug Administration (FDA) to treat men with osteoporosis. They include alendronate and risedronate, two drugs from a class of osteoporosis treatment medications called bisphosphonates. Although no medications have been approved specifically to treat men with bone problems caused by hormone deprivation therapy for prostate cancer, studies of several medications including bisphosphonates are underway for this purpose.

Another drug, a parathyroid hormone called teriparatide, has been approved for men with osteoporosis who are at high risk of fracture. However, teriparatide is not recommended for men who have bone cancer - a cancer that sometimes develops if prostate cancer spreads. So if your doctor prescribes teriparatide, you should discuss your risk for bone cancer with him or her.